At The Spa at West Glen, our staff is the backbone of everything we do. This team of medical and aesthetic professionals is armed with the knowledge and experience to make your time at our medical day spa in West Des Moines, Iowa, memorable. Here, get to know our staff and learn why each of them plays a valuable role in our patients’ satisfaction. 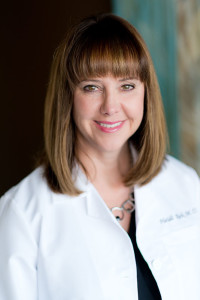 Dr. Koch completed her undergraduate studies at the University of Iowa, earning a Bachelor of Science degree in exercise science, with an emphasis in exercise physiology. She chose to continue her education in Iowa City. She attended medical school at the University of Iowa and completed a residency in the department of pediatrics, where she received the Outstanding Resident in General Pediatrics award during her final year.

Dr. Koch served as chief resident of the pediatric department from 1999 to 2000. During this time, she also worked as a staff physician in the General Pediatric Clinic and Newborn Nursery at the University of Iowa. Upon moving to Des Moines, she joined the Des Moines Pediatric & Adolescent Clinic, where she cared for patients from 2001 to 2006. In 2006, Dr. Koch made the switch to medical aesthetics, providing medical supervision at The Spa at West Glen.

In 2012, Dr. Koch completed a fellowship and is now board-certified through the American Academy of Anti-Aging Medicine. She is passionate about helping her patients live healthier lives.

Dr. Koch can be seen each week on her television show, “The Dr. Heidi Koch Show,” which airs on Iowa’s Mediacom Cable Network. Her weekly show covers a variety of topics such as health, fitness, and anti-aging.

Dr. Koch lives in Des Moines with her 4 children. As a former figure competitor, Dr. Heidi Koch enjoys exercising and works hard to meet her own personal fitness goals. When she’s not in the office or the gym, she can be found shuffling her kids to and from various activities, volunteering in the community, and spending time with her busy family. 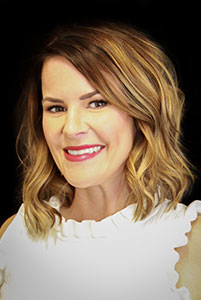 Beth graduated from Hawkeye College in 2015 with her Associate in Nursing and attended La James International College, receiving her Esthetic License in 2005. She has been in the been in the Medical Aesthetics Industry since 2005 providing a variety of procedures. Beth loves to stay update to date on injection techniques and product advancements as the industry continues to evolve. She is most passionate about educating others on what is best for their unique situation and develop a plan to help you feel your very best. She believes that our best selves are able to shine when everything is in sync- mind, body, and soul.

When Beth is not working she enjoys spending time outdoors, listening to podcasts while working on house projects and spending time with her husband Jeremy, and their two furbabies, Piper and Penny. 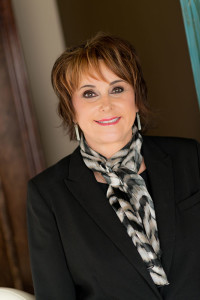 Patti has been the manager of The Spa at West Glen since we opened our doors in 2005.

“Many of us here have worked together for over a decade, and we really do feel like a family. We cannot give good customer care if we don’t feel good about coming to work. Our goal is to make everyone feel a just little bit better by the time they walk out the door."

When not at the spa, Patti enjoys traveling, tending her flowers, spending time with her family, and snuggling her dog, Daisy. 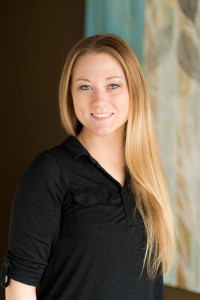 Kellie has been with The Spa at West Glen since June 2008. She uses her massage techniques to help clients relax and relieve tension from tight, achy muscles. Kellie likes to cook, and has a pet bird named Ivory. Kellie also takes care of inventory and organization in the massage department! 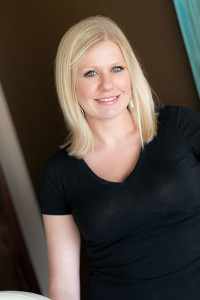 Andrea joined our Spa family in 2009. She loves to therapeutically release tension & stress, so her clients can leave feeling rejuvenated. Andrea & her husband have a son named Carson who was born in Sept 2015. She likes to work out, and spend time with family and friends.

Andrea’s clients are known to schedule months in advance, as they know she is in high demand! 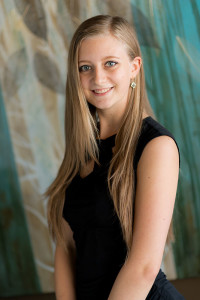 Mallory joined us in Nov 2014. She knows massage can reduce stress, anxiety and pain. Through massage, Mallory helps clients recover from injuries, increase range of motion, and improve sleep. Mallory has two cats, Larry and Kristofferson! 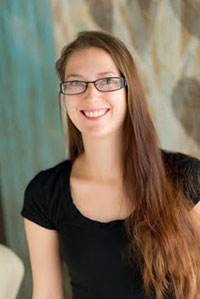 Meredith started on The Spa at West Glen team in early 2015, and likes to focus on helping clients maintain better posture to relieve their stress, and works to maintain improved overall health through massage. Meredith is well-versed in therapeutic massage & is eager to help our clients feel better. Meredith loves to read & play video games! 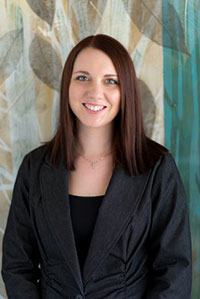 Anna started at The Spa in 2016 and helps clients reduce stress, muscle tension, reduce anxiety, and become more in-tune with their bodies. Anna has three boys, Weston, Wyatt, and baby Waylon born in December 2015. She has two dogs, Chloe & Hayley, and likes to spend time with family & friends, and enjoys church activities. 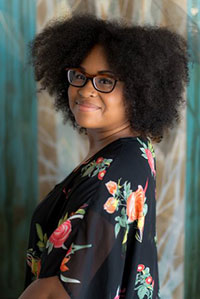 Keziah started her massage career in New York, and joined The Spa at West Glen in 2016. She wants everyone to leave The Spa relaxed, and just little happier. Keziah has three beautiful babies and a 13-year- old pup. She loves to craft, and especially crochet. Keziah was receiving “return requests” on her very first day here! 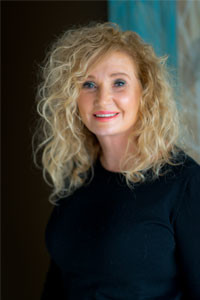 Terrie is an Advanced Permanent Makeup Specialist, licensed by the State of Iowa for over 10 years. Terrie specializes in brows, eyeliner, lips and scar camouflage. She is proficient in areola tattooing for cancer patients who have had breast cancer reconstruction. Terrie is a licensed clinical esthetician and loves helping her clients with aging or problematic skin. 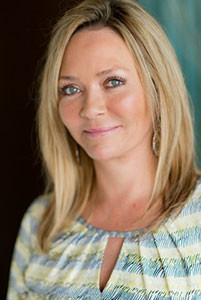 Carol joined The Spa at West Glen in October of 2006, and considers it her goal for every person to achieve and maintain beautiful, healthy, and youthful skin. Carol loves to cook and spend time with her two boys. Carol has been at The Spa longer than any other employee, and is our “go-to” gal! 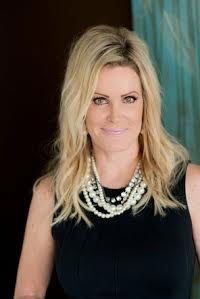 Michelle started at The Spa at West Glen in June of 2007. Michelle strives to educate her clients about skincare, and feels building a trusting relationship with them is equally important. When her clients thank her for their successful transformation, it reaffirms to her that she has chosen the right career.

She has one son and two stepsons, and loves to spend time with her family & friends. Michelle enjoys decorating, gardening and cooking. 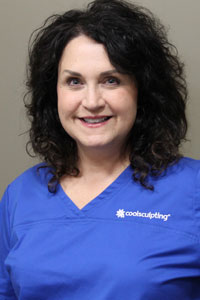 Annette is our CoolSculpting Specialist, having years of experience with CoolSculpting prior to starting at The Spa at West Glen in October 2018.

Annette and her husband Todd have two sons, 3 grandchildren and a 4-legged “furbaby” named Harley. Annette is a veteran who worked as a combat medic in the army. Annette became a CMA after returning to civilian life, and has worked in clinical settings her entire career. 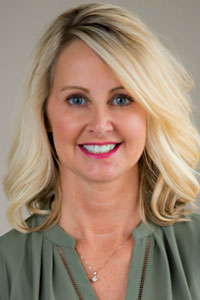 Jen Allen has been a part of our spa family since January 2013, and has worked as both a concierge and a Coolsculpting Specialist. 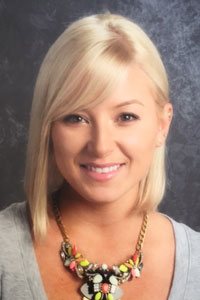 Whitney started as a concierge at the spa in February 2016. She is a 2nd grade teacher at Carlisle Elementary and works part-time at the spa. Whitney partners with Maggie Graham to coordinate the spa’s social media accounts. 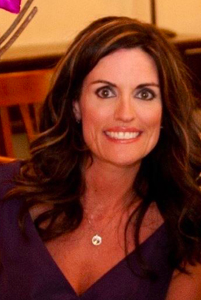 Krista joined the spa in the fall of 2019. She is one of our full-time concierge staff. Krista enjoys making sure our guests are well taken care of during their time at the spa as well as getting to know each of them individually. Krista enjoys learning about skincare, aesthetics, and massage therapy. 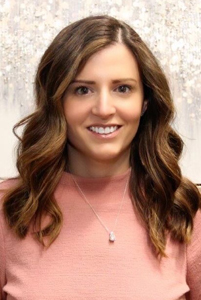 Shelby started at the Spa in November 2019. She and her husband recently relocated from Connecticut. Shelby is a licensed hairdresser who has been working in a salon/spa setting for over ten years and enjoys working with the public. Shelby has 3 cats and a beautiful 2-year-old chocolate lab pup that she enjoys taking for walks. 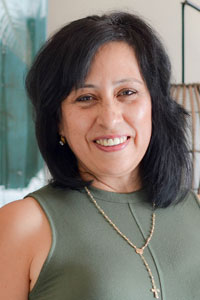 Patricia has been part of our spa family since 2014. She works hard to keep the spa running smoothly, and we couldn’t do it without her!

Patricia and her husband have a beautiful family of three daughters, one granddaughter, and a grandson who is waiting for them in heaven. She has a green thumb and an infectious smile! Patricia is passionate about serving and helping with activities at her church.

The Spa at West Glen
Scroll to top